For one of the largest aerated concrete producers in Turkey, Türk Ytong Sanayi A.S., we have equipped a completely new plant with machinery and equipment from WKB Systems at its site in Catalca. Here, the challenge was to develop a completely new plant concept that combined two - normally independent - production processes with each other. The individual demands on production capacity for aerated concrete (1,400 m³/day) still of course had to be met. Also the sensitivity during handling of the insulating panels (density 100 kg/m3) was in no way to be affected by combining the processes. Additional technical and plant control requirements included a production of bricks with thicknesses of 50 to 400 mm with variable heights of 500 to 625 mm at the same time. In addition, the associated individual shipping package dimensions also had to be catered for.

Our solution: Equipping of the aerated concrete plant with a combined Multipor® insulating panel production facility

On the basis of tried and tested individual systems, Türk Ytong received an entirely novel plant concept from us. The concept included an integrated, modular design of the plant. This allows this manufacturer of both aerated concrete blocks and Multipor® insulation panels to produce both flexibly and to the needs of the market. During the development, we considered both the variety of the product dimensions and the associated variation in their density, which is why ultimately our experts opted for a fully automated production plant. As such we expanded the plant with an innovative production line for a product enjoying a steadily growing market share.

Through the combined plant concept of brick and insulating panel production, it was also possible to significantly reduce the space requirements, the hall size and the time required for construction.

In order to reduce the problem of adhering bricks, and through this the increased levels of waste and construction site complaints, we also integrated the WKB-Systems green cake separation machine (GSM) within the plant. The GSM prevents the problem of adherence during the autoclaving process. As such, complaints are now a thing of the past.

Through the use of our fully automated plant and the additional installation of the GSM, a significantly higher production and energy efficiency for Türk Ytong Sanayi A.S was reached. Operating costs were demonstrably reduced and set-up times were optimised. For us, a comprehensive resource management is an important component of an efficient production chain. Our plants are as such designed so that, for example, the base layers are only cut exactly at the moment when they can be fed back to the mixing process. In this way, a reduction of material use is achieved and we are spared of the otherwise necessary waste recycling.

Do you need a special solution as well? Or do you want to increase the efficiency of your plants and reduce your production costs?

Then call our experts! We would be happy to advise you on site and show you how you can sustainably reduce your production costs. 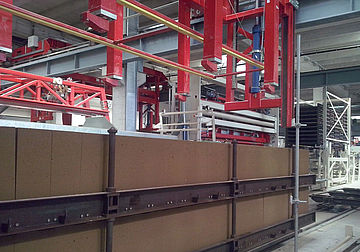 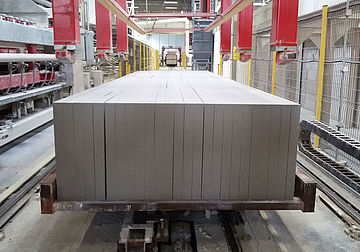 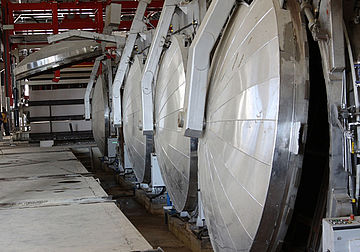 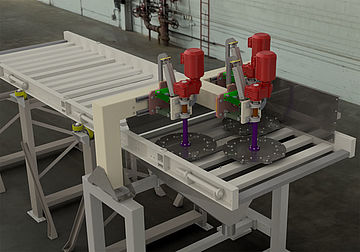 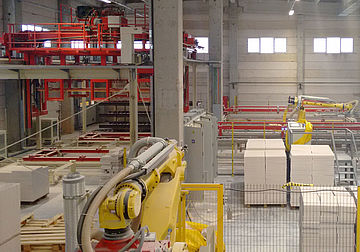