When developing the mould an important point we considered was the subsequent mould tilting process: The torsion-free construction, with fitting of tapering and top removable side walls, ensures a gentle and correct separation of the cake from the mould. The mould base and walls were designed by WKB Systems in such a way that they would always form a perfect joint and overall unit.

Removal of the mould wall from the base, also called demoulding, as well as the later reassembly of these components is carried out with a portal system.

As an alternative to this jacketed system, WKB Systems can also offer a foldable mould. Here, three of the four side walls are folded down. The complete cake is tipped using a mould tilting gripper on the remaining wall, which at the same time serves as a cutting plate for the cutting line.

The focus is always on the highest product quality, so the green cake in our specially developed systems is only exposed to minimal and very gentle handling. Because of this, damage can be avoided, which might include the later development of cracks that might otherwise only become visible after autoclaving.

After re-assembling of the empty mould, it is then transferred to the mixer track, manually or automatically oiled and prepared for re-filling under the mixer. 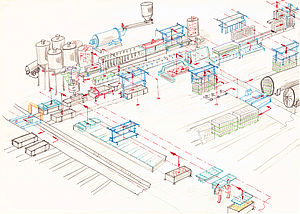 Back to drawing "AAC production" 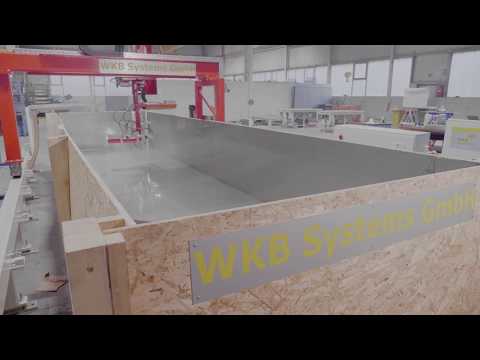 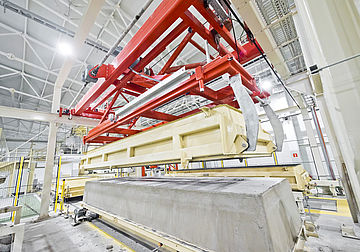 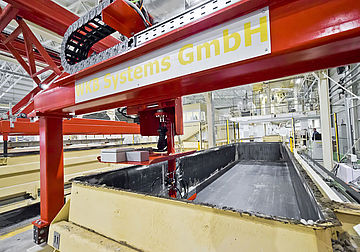 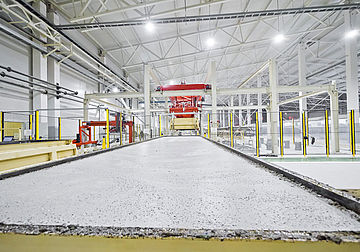